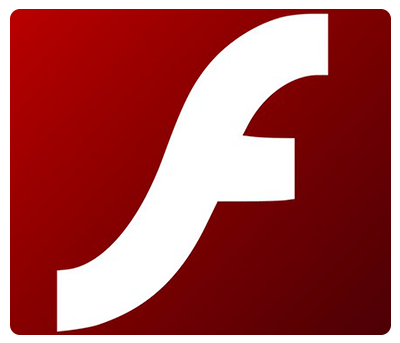 Adobe Flash Player is a browser plug-in first released in 1996 that brought interactivity to the web through animation and video streaming. At this time users connected to the internet via dial-up connections so Flash enabled exciting digital content to be downloaded quicker than the standard back then.

Due to technological advancements it struggled to keep up to date with security licences and never quite made it onto smartphones. Unfortunately, this means Adobe won‘t be offering further use of Flash, so videos and animations won’t run through Flash Player from the 12th January, with Adobe asking people to uninstall it.

Flash is known for animations but it also made way for sites such as YouTube to be able to stream high-quality videos. By 2009, 99% of desktop PC’s with internet connection had Flash installed. By this point smartphones were increasing in popularity and Adobe weren’t ready for it. In 2010 Apple’s Steve Jobs wrote a letter stating Apple would not let Flash run on iPhone and iPads. He argued that Flash was unreliable, a security threat and drained battery life. He said that videos and animations would be used through HTML5 on these devices instead.

By the time Adobe got Flash working on smartphones the world had moved on again, with Facebook, Netflix and YouTube streaming videos to smartphones without a need for Flash Player. This then aided the decision for Adobe to stop development on Flash for mobile devices. They continued with Flash for desktop computers but there were numerous security issues. Due to this in 2015, Apple stopped the plug-in being available to use in Safari whilst Google blocked certain pieces of Flash content on Chrome. Adobe realised they were fighting a loosing battle and announced in 2017 that Flash would be retired in 2020.  Accepting defeat, Adobe recognised other technologies provided an alternative to Flash, that didn’t require users to have a separate plug-in.

There are many concerns that since Flash Player won’t be able to display any content from 12th January, that old interactive websites and games will be lost. An example of this is Farmville that used flash to run and closed down on New Years Eve.

An open collaborative called Ruffle is developing software that can play Flash content without the need for a plug-in. David Firth, one of the original Flash animators, has posted many of his original episodes on YouTube, describing the site as a ‘Flash killer’. He explained that YouTube offered higher quality videos meaning there was no need to post via Flash.

Adobe’s final update thanked its customers and developers who have used Flash Player over the last two decades and are proud of Flash for evolving content for animation, interactivity, audio and video.

How To Remove Flash

If you want to remove Flash for your computer, Adobe have including instructions on their website. They have informed that uninstalling the player will help secure your device as it will no longer be providing security updates.